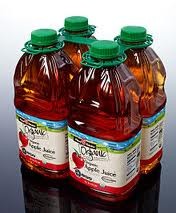 Eugene, OR — Like many businesses that make products using virgin plastic, Eugene-based PakTech is facing an identity crisis. The national marketplace, responding to a more environmentally conscious consumer base, is shifting slowly toward recycled plastics, forcing plastic manufacturers to adapt.

Since the 1990s, PakTech, a family-run business based in two factories in an industrial section of west Eugene, has produced the handles that bind the multi-packs of food products that can be found on the shelves of Costco stores and other bulk retailers.

The company's handles are used on everything from juice, soda, beer and salsa to cleaning products, mouthwash and fabric softener. The company's most popular handle is what they call their TwinPak -- which binds two items -- but their product line is malleable: new handles are being developed constantly to meet the specific needs of their customers' products.

It's a niche industry. But PakTech dominates it nationally, with an estimated 95 percent share of the market, thanks in part to design patents it holds on several key characteristics of its molded plastic handles.

PakTech sells 300 million handles a year -- at prices ranging from a few cents to more than a dime -- more than double the volume it moved a decade ago.

While declining to release specific revenue numbers, Amie Thomas, PakTech's vice president of sales and marketing and daughter of company founder Jim Borg, said that sales have increased consistently -- and the recession did little to slow them.

"Packaging is the second biggest industry in the world," Thomas said. "But people don't think about it unless it's causing them problems."

Last summer, PakTech started what could turn out to be a major transition for the business: integrating "post-consumer" or recycled plastic handles into its product line.

From a production standpoint, the transition is simple. The handles are made in huge industrial mold presses: small plastic resin pellets, blended with coloring, are injected into aluminium molds, heated, solidified through pressure and cooled with water -- all in about eight seconds.

But virgin plastic pellets produce brightly colored and shiny handles, while the recycled pellets can produce a dull or matte finish.

PakTech's customers also can be wary of switching to a new product that they fear might be less sturdy and durable, Thomas said. It can take some time for customers to conduct the tests they need to be satisfied with the new products, she said.

Still, just a couple of weeks ago, PakTech's biggest customer -- a major U.S. soft drink company -- signed up to use the recycled handles. "That was great," Thomas said.

A year into the transition, about 10 percent of the handles PakTech sells are made with recycled plastic. Thomas said that, eventually, the company would like to sell recycled handles exclusively, although she acknowledges that might be an overly optimistic goal.

PakTech currently has 126 permanent employees, up from 60 in 2001. While some of the company's low-skill workers have been replaced with automation over time, the company's high-skill, technical work force has grown. Those high-skill workers build applicators, large automated machines that attach PakTech's handles to products as they move along a customer's assembly line. PakTech sells and ships about 15 applicators a year.
Although some of the newer machines cost several hundred thousand dollars, the applicator side of the business largely has been a money loser over the last decade, Thomas said. But customers need the equipment to attach the handles rapidly, so selling applicators helps the company sell more of their primary product, she adds.
More than 80 percent of PakTech's customer base is headquartered on the East Coast, but the company hasn't considered relocating, Thomas said.

"That's certainly one of the benefits of being a family-owned business; there are less outside forces to deal with."
"We like the (Eugene) community. We enjoy being a good employer locally. ... You can diss plastic all you want, but if we weren't here there would just be someone doing this in China instead."
PakTech has made some forays into the international marketplace in recent years, targeting Mexico and Latin America. Those efforts are still in the embryonic stage, Thomas said, although the company has opened a distribution center in Mexico.

Although many of the company's patents, which last 10 years, will end soon -- the "Unipak" patent already has expired -- Thomas said there isn't much concern about new competitors popping up.

"We have so much expertise and know-how in this business that it would be hard for a new company to come in and compete with us immediately," she added. "They'd have to eat years of (financial) losses."

Thomas said the plan is to keep the business in the family after her father, company President Jim Borg, retires ("which will be never," she jokes).

Thomas and her brother, Zak Borg, current vice-president and director of engineering, are expected to eventually take over the reins.

"The succession is all very amiable, and we are learning the best way to run the company together," Thomas said.